61 - Amber & Marcus Capone - Helping veterans to come back to life with psychedelics. 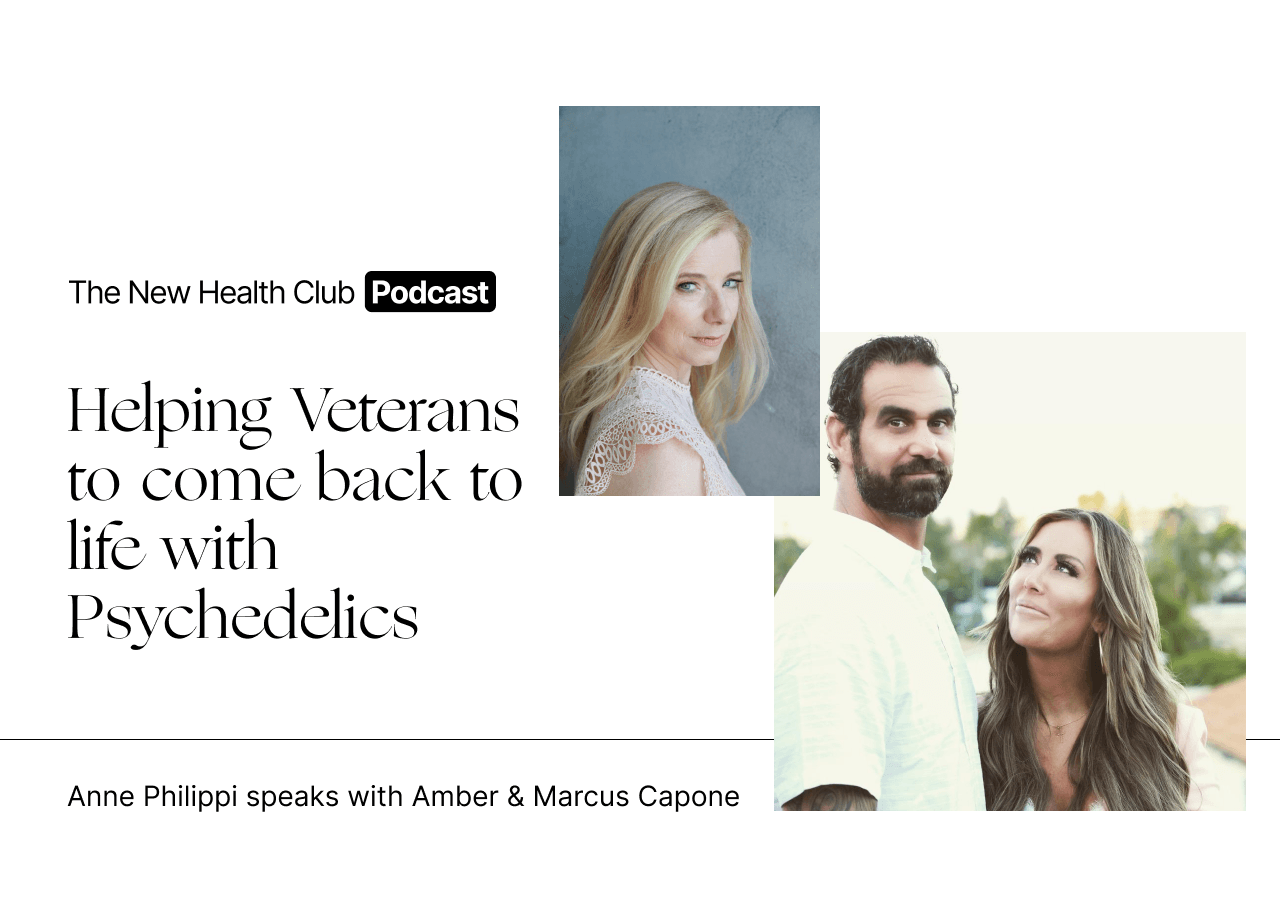 I am not your typical “army brat”, but I have lots of army-related “topics” in my family. My dad was in the Military Police, working with US soldiers who went to Vietnam, and then never came back. He rarely talked about it. My grandfather was in the second world war. Talking to me, and only me, often about his time in Russia and in the war. Until recently, I never thought about their possible PTSD and memories. I think we are just beginning to understand these things and also how they affected us.

But when I read about the “Veteran Navy SEAL Advocates for Psychedelic Assisted Therapy” called Marcus Capone, I had to think about them. But what was this was all about? A Navy Seal and psychedelics? I kept reading and quickly Amber Capone, Marcus’ wife, was introduced in the articles, Amber wanted to save her husband from PTSD and, yes, suicide. And make it possible for war veterans to get in touch with psychedelic-assisted therapy by founding the organization Vet Solutions.

Amber’s and Marcus’ mission today is to end the veteran suicide epidemic by providing resources, research, and advocacy for U.S. military veterans seeking psychedelic-assisted therapies. VETS helps veterans and their spouses to access treatment with psychedelic therapies including iboga/ibogaine, ketamine, psilocybin, MDMA, 5-MeO-DMT, and ayahuasca. So far in the US. But their model can work on a global level.

The story of Marcus and Amber is a pretty strong one.

When Marcus was medically retired after 13 years and multiple combat deployments as a U.S. Navy SEAL, Marcus and Amber thought that life would return to normal. Instead, their struggle had just begun. Marcus was experiencing an escalating myriad of challenges, including depression, isolation, cognitive impairment, excessive alcohol use, headaches, insomnia, and impulsivity. Marcus was diagnosed with post-traumatic stress disorder (PTSD), but, instinctively, Amber felt there was more to be discovered. After learning about the effects of blast waves, concussive, and subconcussive brain injuries, everything started to become clear. Marcus’ military career as an explosives expert, combined with his prior years of contact sports, had left him with the invisible wounds of traumatic brain injury (TBI), a condition that has significant overlap with PTSD and is often not properly diagnosed. So here they are, on the podcast, talking about their journey.

I talk to Marcus and Amber about

Here is more on the topic:

I recommend the movie “The Hurt Locker” by Catherine Bigelow, one of the early PTSD studies.